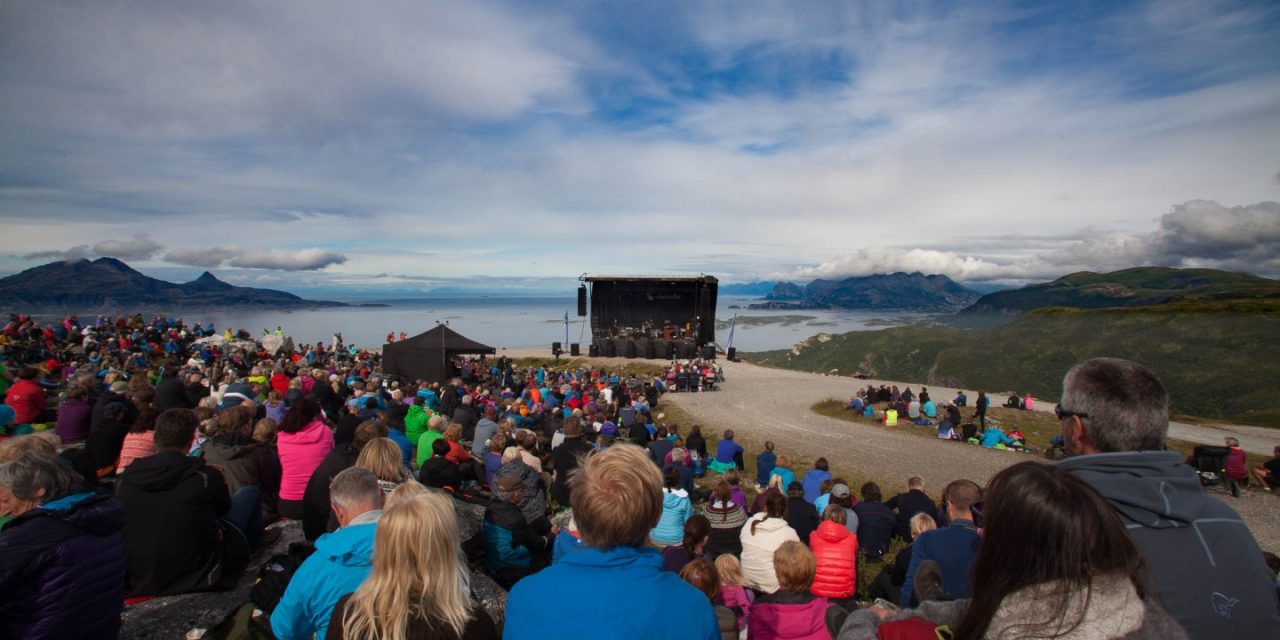 Keiservarden is a real classic for the people of Bodø. This mountain plateau is Bodø’s most visited year-round hiking destination and is renowned for the wonderful views of the city and the sea. Keiservarden is also one of the best places to see both the Midnight Sun and the Northern Lights.

Keiservarden is the number one hiking destination for many in Bodø. Keiservarden is 366 m above sea level and climbing to the summit is not a very demanding hike.
Keiservarden, view from top. Photo: Terje Rakke.
360° panoramic view – when the weather is clear, you can enjoy a panoramic view. Once you have reached the highest point of Keiservarden, you are rewarded with a scenic view over the city of Bodø (if there are no clouds in the way).

Stone stairs – several alternative routes lead to the top. In 2016 Sherpas from Nepal built stone stairs along our route, which saves the terrain from wear. This also makes the hike both easier and more fun. Keiservarden and the path are seldom deserted, so be prepared to meet the locals from Bodø on your way.

Keiservarden (The Emperor`s Cairn) is named after German Emperor Wilhelm II, who visited the hilltop in 1891 on one of his visits to Norway. On the top there is both a plaque in honor of Wilhelm IIs climb and a board telling about it.