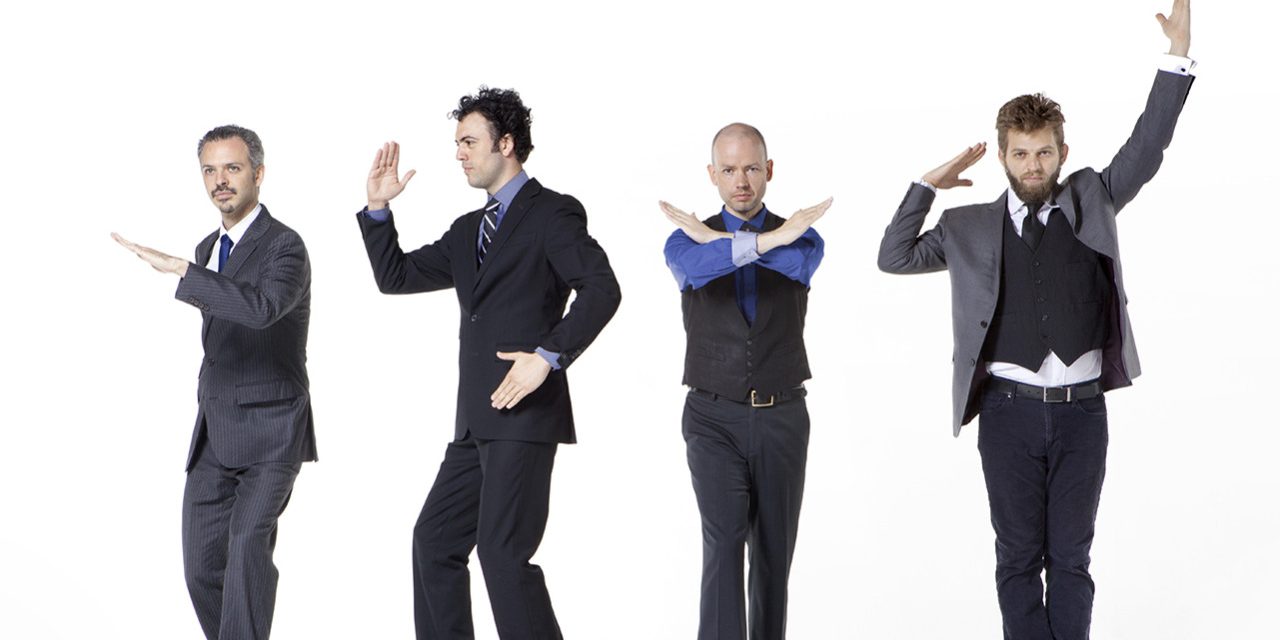 To start the 2017-18 season, Brooklyn Rider releases Spontaneous Symbols in October on Johnny Gandelsman’s In a Circle Records label. The album features new quartet music by Tyondai Braxton, Evan Ziporyn, Paula Matthusen, Kyle Sanna, and Brooklyn Rider violinist Colin Jacobsen. To mark the release the group will tour the northeast, with stops in New York and Boston, performing music from the new album. Works from that recording by Braxton, Ziporyn and Jacobsen were also featured in live performance for Some of a Thousand Words, the ensemble’s recent collaboration with choreographer Brian Brooks and former New York City Ballet prima ballerina Wendy Whelan. An intimate series of duets and solos in which the quartet’s live onstage music is a dynamic and central creative component, Some of a Thousand Words was featured at the 2016 Jacob’s Pillow Dance Festival, before a U.S. tour the following spring, including a week-long run at New York City’s Joyce Theater. This season the quartet reunites with Whelan and Brooks for a second North American tour. They also team up with incomparable banjoist Béla Fleck —with whom they appeared on two different albums, 2017’s Juno Concerto and 2013’s The Impostor — for concerts in Texas, Oklahoma, Arkansas, Colorado and Montana. Also in the spring, Brooklyn Rider partners with two instrumentalists who are at the forefront of their respective genres, jazz saxophonist Joshua Redman and Irish fiddle master Martin Hayes. The tours with Redman and Hayes are the product of multi-season collaborations that will continue beyond the spring and will include new recordings with both artists. Balancing these collaborations is a full schedule of quartet performances across the U.S., as well as in the U.K., Sweden, and Germany.

During the 2016-17 season, Brooklyn Rider released an album entitled so many things on Naïve Records with Swedish mezzo-soprano Anne Sofie von Otter, comprising music by Colin Jacobsen, Caroline Shaw, John Adams, Nico Muhly, Björk, Sting, Kate Bush and Elvis Costello, among others. The group toured material from the album and more with von Otter in the U.S. and Europe, including stops at Carnegie Hall and the Opernhaus Zürich. Additionally, Brooklyn Rider performed Philip Glass’s String Quartet #7, furthering a relationship with the iconic American composer which began with 2011’s much-praised Brooklyn Rider Plays Philip Glass and will continue with the upcoming album release of Glass’s recent quartets on the composer’s Orange Mountain Music label.

In 2015, the group celebrated its tenth anniversary with the groundbreaking multi-disciplinary project Brooklyn Rider Almanac, for which it recorded and toured 15 specially commissioned works, each inspired by a different artistic muse. Other recording projects include the quartet’s eclectic debut recording in 2008, Passport, followed by Dominant Curve in 2010, Seven Steps in 2012, and A Walking Fire in 2013. In 2016, they released The Fiction Issue with singer-songwriter Gabriel Kahane, with the title track a Kahane composition that was premiered in 2012 at Carnegie Hall by Kahane, Brooklyn Rider and Shara Worden. A long-standing relationship between Brooklyn Rider and Iranian kamancheh player Kayhan Kalhor resulted in the much-praised 2008 recording, Silent City.